The most awaited Calcio Storico Fiorentino is back in town – one of Florence’s most major events, dating back to 16th century Tuscany. Florence’s Santa Croce Square will be hosting, once again, what is thought to be one of the earliest forms of football – providing an exciting event to locals and visitors alike here in Florence.

So what is the Calcio Storico exactly? Firstly, it is important to note that the word “calcio” translates itself to “kick” in Italian, which is an understatement to how “physical” these matches can get – even though there were some slight changes to the rules to make these games slightly less violent. 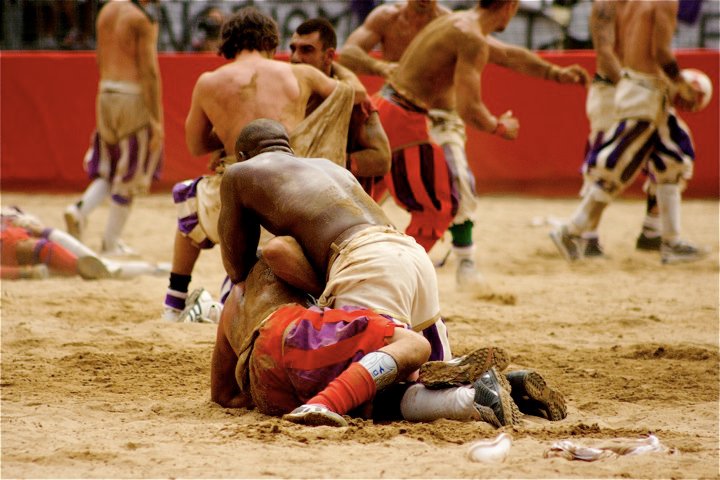 Some of these adjustments include a no chocking rule as well as that all confrontations need to be one-on-one. However, the aim of the game remains the same: that to get the ball across the lines, in any possible way, as many times as possible.

Matches last 50 minutes – and are played in a field that is similar to their modern-day counterparts. The pitch, which measures approximately 80 x 40 meters, is divided into two squares by a white line. On either side of the pitch is a goal net that runs along its width.

There are some other differences from football as we know it today – each team has 27 players and no substitutions are allowed – even if players are injured. Each team has four goalkeepers (known as Datori indietro), five halfbacks (known as Sconciatori), three fullbacks (Datori innanzi), and 15 forwards (known as either innanzi or corridori).

Players play bare chested, however sport brightly-colored pantaloons – which make you feel as though you’ve been taken back straight into the Renaissance.

The prize for the winners? A cow. That’s right – the winning team gets a Chianina – a type of cow. That, and of course knowing they’re Florence’s toughest. For this year at least.

This year’s Calcio Storico kicks off on June 11th, where the Greens (San Giovanni) will be playing the Whites (Santo Spirito). The second semi-final takes place on the following day, the 12th of June, where the Reds (Santa Maria Novella) play the Blues (Santa Croce). Both games will take place in Piazza Santa Croce at 5pm. 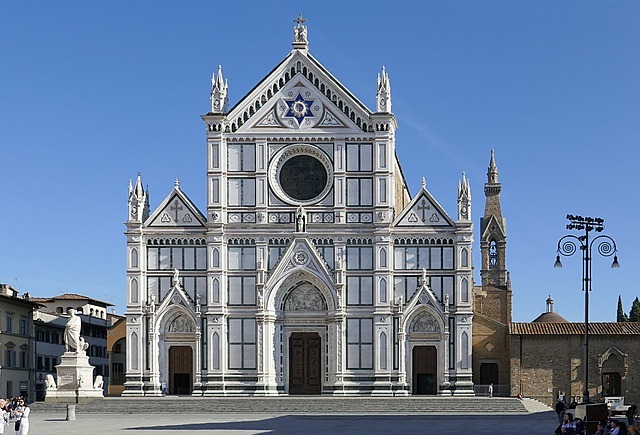 The finalists will then play against each other on June the 24th, preceded by a parade that starts at around 4pm. The final starts playing at around 5pm, again in Piazza Santa Croce.